He was hosted on the station’s prime time TV programme Canada AM.

The programme is a Canadian breakfast television news show that has aired on CTV since September 1972 and currently hosted by Beverly Thomson and Marci Ien, with Jeff Hutcheson presenting the weather forecast and sports.

Excerpts of Jefferson’s reports from around the world were reviewed during the interview with the Multimedia journalist. Jefferson who was trained by the Canadian media development organization, Journalist for Human Rights is expected to be a Guest at the country’s biggest gala night for journalists, ‘Night for Rights’ on Thursday.

The Joy FM Senior International Correspondent will be based in Canada for a while where he will be interviewing key personalities for an international audience.

Hosts were amused by Jefferson’s bravery and consistency in covering stories from around the world. Earlier this year ‘Jefferson Reports’ was launched on the Joy News Channel on Multi TV covering stories in Sierra Leone and Liberia countries affected by the ebola virus. 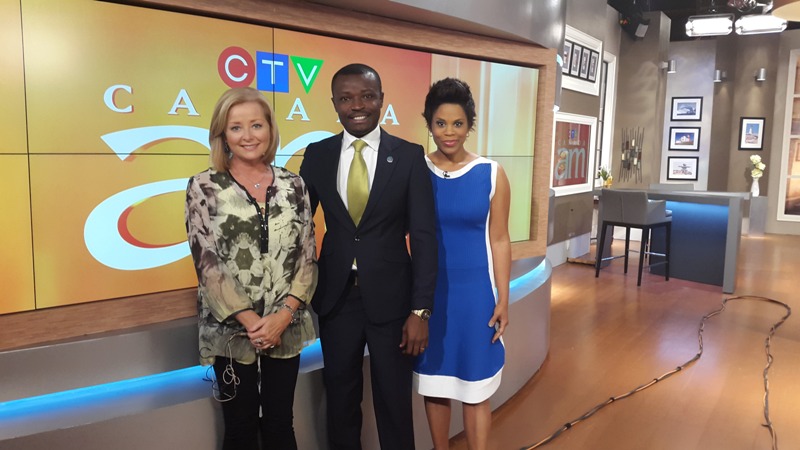 Jefferson with CTV’s Beverly Thomson and Marci Len in Toronto 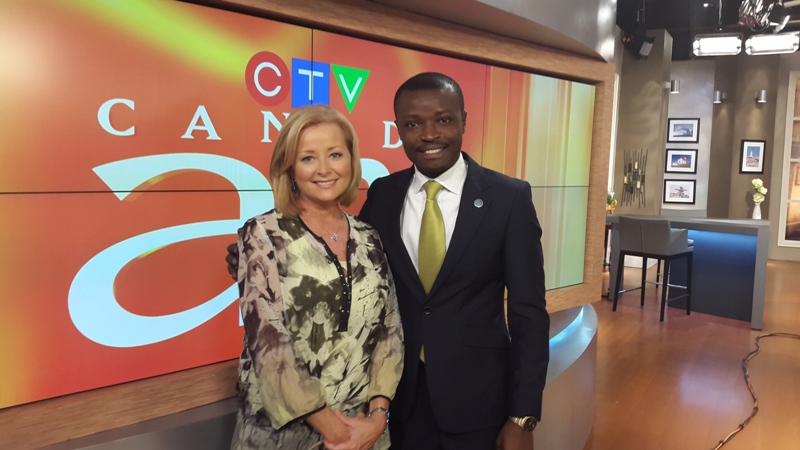 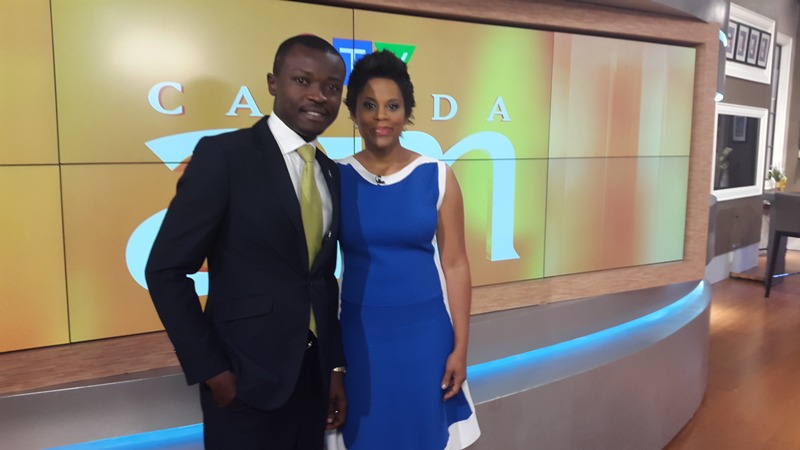 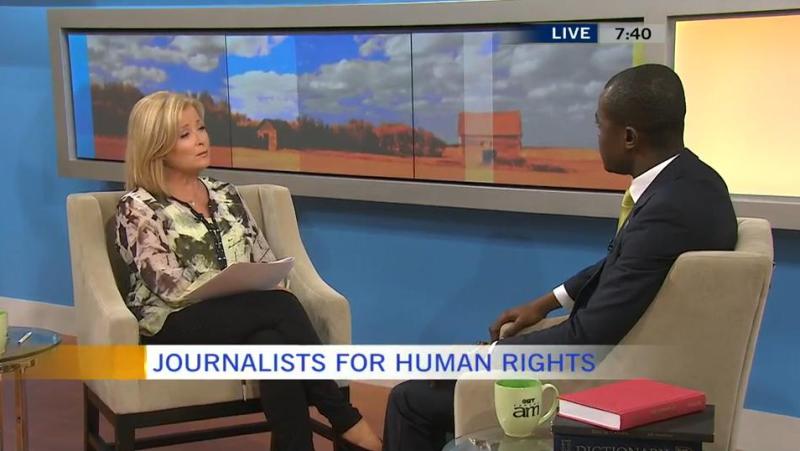 By GhanaGist.Com Ghanaian journalist Jefferson Sackey of Multimedia Group has been handed an honorary doctorate…