Lloyd Ossei Baffour recently travelled to Paris and Toulouse as Llyods prize for winning this years DStv Eutelsat Star Awards Poster category. The topic of his winning poster was “ Imagine you were allowed to use all the satellites in space. What would you do with them to benefit your community, your country or your continent?”

Llyod, a student of Prempeh College, Kumasi, when he entered the competition, was accompanied by his father.

Whilst in France, Llyod and his father enjoyed an eventful week of trips and tours such as a sightseeing tour of Paris, a trip to the Eutelsat Teleport in Rambouillet where control and operating activities, post- launch positioning and station-keeping manoeuvres are managed, a meeting with Eutelsat Chief Executive Michel de Rosen, a visit to the BFM Business TV/Radio Station.  They also travelled to Toulouse to visit the Airbus Defense and Space  facilities, the world’s second largest aerospace and defense company, and Europe’s best space museum space museum, Cité de l’Espace.

They also sampled the fine cuisine of Paris at the famous Café Trocadero which has a spectacular view of the Eiffel Tower and the trendy Publicis Drugstore on the Champs Elysees.

The awards are intended to inspire innovative thinking among secondary and high school students in Africa, to create awareness on how science and technology can be applied to everyday life, and to showcase the many ways that satellites already impact on the development of the African continent and the 2014 edition of the DStv Eutelsat Star Awards is now open. We are calling all learners between the ages of 14 – 19 to write an essay or design a poster on the topic “Imagine you are a satellite, orbiting high above your own country or even above your own home or school” answering the following questions;

The DStv Eutelsat Star Awards is part of the ongoing partnership between MultiChoice Africa and Eutelsat since 1999. This pan-Africa collaboration has over the years created meaningful engagement with students, the academic community and the scientific world. The competition is geared towards students and encourages them to either write an essay or design a poster about the benefits of satellite technology on the continent. Since its inception, the competition has drawn over a 3000 entries across the continent and has invigorated a passion for science amongst the younger generation.

The Awards are open to all students from secondary (high) or combined schools in Africa where MultiChoice Africa maintains operations.  Entry forms can be obtained from any MultiChoice office or copies can be downloaded fromwww.dstvstarawards.com. Entries may be prepared in English, French and Portuguese and dropped off at the Multichoice Ghana office. The awards collateral will also be made available in 3 languages (English, French and Portuguese).  The competition closes on 27 October 2014 and only entries submitted on the prescribed entry form will be eligible.

The winners will be announced at a glittering awards ceremony in Zambia during February 2015. 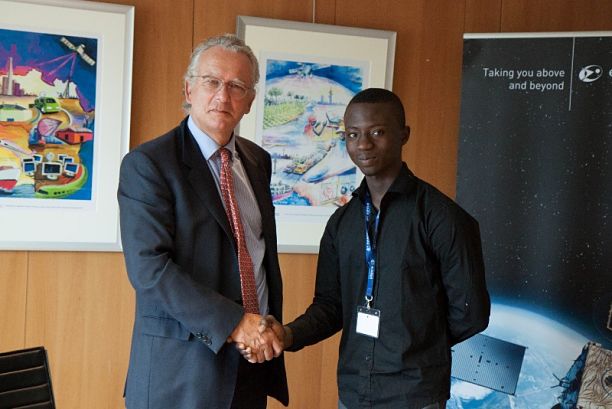