Until Tuesday night, Corey Kluber had never pitched in the World Series.

But the Cleveland Indians ace looked like a Fall Classic veteran, setting records along the way as he, coupled with catcher Roberto Perez’s two home runs, powered the Indians to a 6-0 win against the Chicago Cubs in Game 1 at Progressive Field in Cleveland.
Kluber, the 2014 American League Cy Young Award winner, made history in his World Series debut, becoming the first pitcher to strike out eight batters through three innings. At that point, fanning eight batters already was an Indians’ World Series single-game record.
Kluber finished with nine strikeouts in six shutout innings, giving up four hits. He is the first pitcher since 1966 (and sixth overall) to toss at least six scoreless innings with at least nine strikeouts in his first World Series start. This postseason, his ERA is 0.74, and he has struck out 29 in 24 1/3 innings pitched.
“I don’t know if there is one thing to put your finger on,” Kluber said about his performance in this year’s playoffs. “Obviously, there’s more riding on these games — not that there’s less importance on a regular-season game — but it’s almost like you have that extra level of intensity or focus and stuff that it’s not really something you can replicate. If I had to guess, I would say that. I’m really just trying to treat it like any other start.”

While Kluber dominated, Cubs starter Jon Lester — a two-time World Series winner when he was with the Boston Red Sox — faltered early. He needed just five pitches to get the first two outs in the bottom of the first inning. But then Lester got shaky, and Cleveland pounced.
The following batter, shortstop Francisco Lindor, singled. The next two batters, first baseman Mike Napoli and designated hitter Carlos Santana, walked, loading the bases.
Up next was third baseman Jose Ramirez, hitting a dribbler toward third base, driving in Lindor for the first run. The next batter, left fielder Brandon Guyer, was hit by a pitch, sending home Napoli for a 2-0 lead.
“The first inning hurt,” Cubs manager Joe Maddon said. “The walks, not even the dribbler or the hit batter. It was about the walks prior to that that really hurt us.”
Perez added the insurance with a solo home run in the fourth inning and a three-run shot in the eighth.
“I don’t think I’ve ever had a night like that,” Perez said. 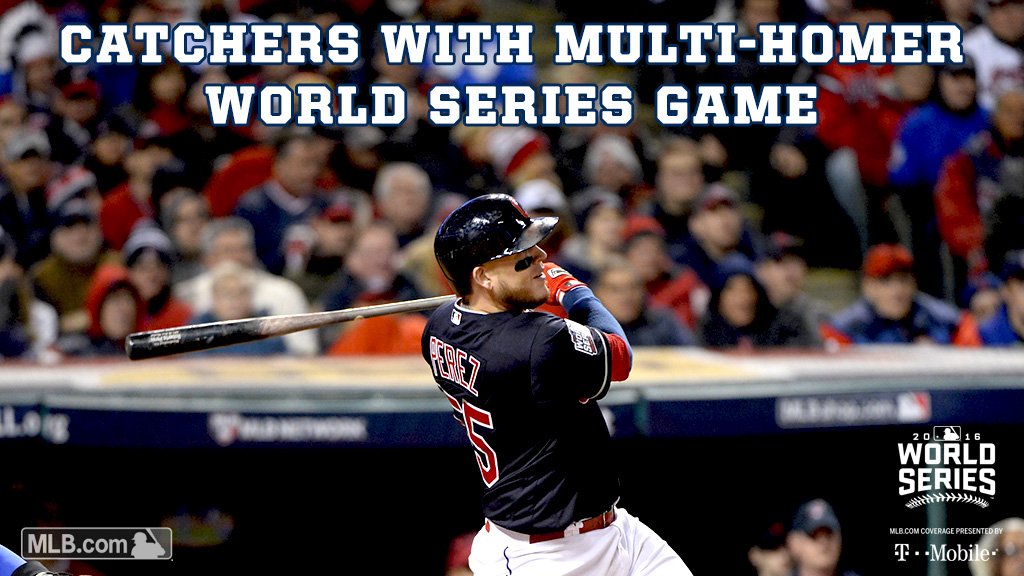 MLB Stat of the Day ✔@MLBStatoftheDay

Lester gave up three earned runs and six hits, walked three and struck out seven in 5 2/3 innings.
Game 2 is Wednesday. Because of the threat of rain, the starting time has been moved up an hour to 7:08 p.m. ET.
Jake Arrieta will start for Chicago. For Cleveland, it will be Trevor Bauer, who was forced to make an early exit in Game 3 of the American League Championship Series against the Toronto Blue Jays when his right pinkie finger — which he sliced while repairing a drone — started bleeding.
On Tuesday before Game 1, Bauer said his finger feels fine after going through a simulated game Monday.
“I threw about 20 pitches,” Bauer said. “Threw it with max intent, just like in a game, as close to game intensity as I could possibly get to. There’s no pain, no blood. I was able to execute all my pitches to a high level, and I’m really encouraged by it. I feel like I’m on a regular preparation for my start tomorrow.”

Incredibly, Cleveland currently is the center of the sports universe. Just a few months ago, it had been 52 years since Cleveland had won a title in any major sport.
It all changed in June, when Cleveland’s long-suffering fans got a measure of relief when the Cavaliers won their first NBA title. Judging by the size of the crowd, it looked like every single Clevelander turned out for the championship parade.
But it got better. The Indians, who haven’t won a title since 1948, reached their first World Series since 1997. It was a bit unexpected, as they are decimated by injuries. 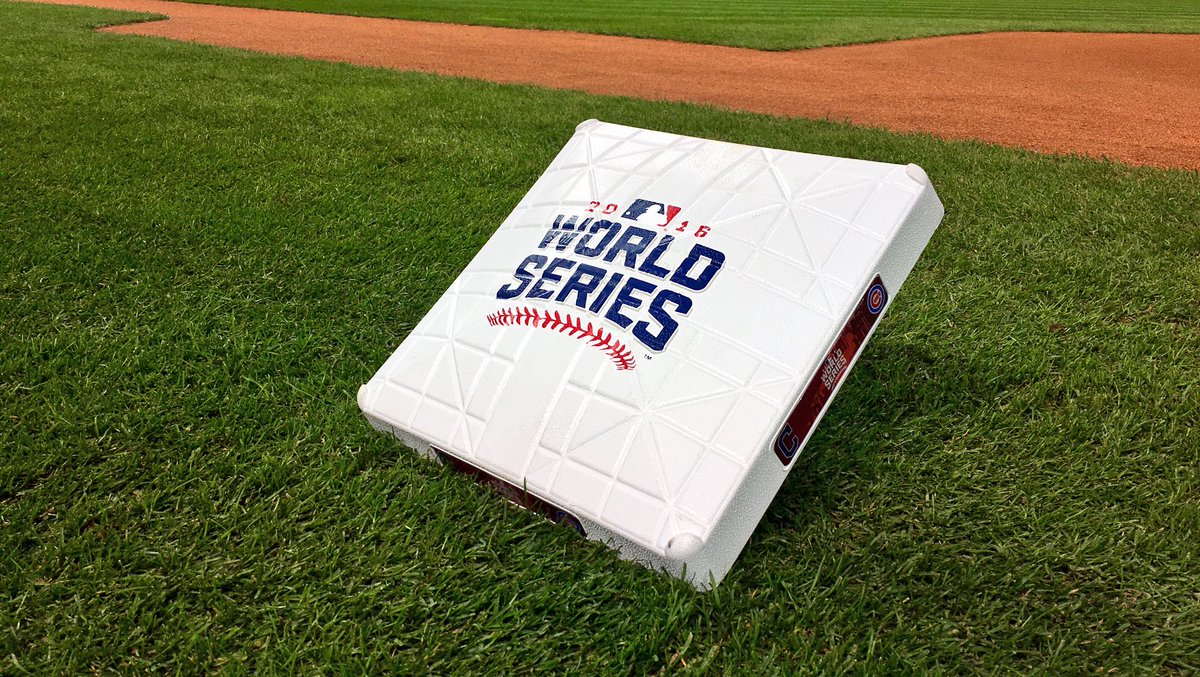 In what feels like an embarrassment of riches, Tuesday was the biggest day in Cleveland sports history. In addition to the Indians opening the World Series against the Cubs, there was a celebration going on next door at Quicken Loans Arena.
Inside, the Cavaliers received their NBA championship rings and raised their championship banner ahead of their season opener against the New York Knicks.
After receiving his ring, LeBron James, recently seen passionately cheering for the Indians during the MLB postseason, spoke to the crowd.
LeBron James explains his new Indians fandom
“This night, none of us will ever forget,” James said. “None of us. Anybody in this building, anybody in this community, anybody in this state, anybody that has got any ties to Cleveland and northeast Ohio. From this building to next door, where our guys next door are opening the World Series, at this point, if you’re not from here, live here, play here or dedicate yourself to Cleveland, then it makes no sense for you to live at this point. Cleveland against the world.”
The Cavaliers went on to win 117-88.

Massive title droughts for both teams

In recent years, no baseball fan bases have had it worse than the Cubs and Indians. But that’s going to change for one of these teams.
For one of the two cities, the misery finally will end at the conclusion of this year’s World Series.
World Series 2016: Misery soon will end for Cubs or Indians fans
It’s been a long wait for both teams to get back here.
The Cubs haven’t won the crown since 1908. They hadn’t made it into the World Series since 1945, when they lost to the Detroit Tigers and the purported billy goat curse was put on the club. The 71-year wait between championship appearances is the longest stretch for any team in the four major American sports (MLB, NBA, NFL and NHL).
The Indians have the second-longest drought without a World Series title. When they last reached the World Series in 1997, they painfully lost to the then-Florida (now Miami) Marlins in the 11th inning of Game 7.
Source: BBC [/read]