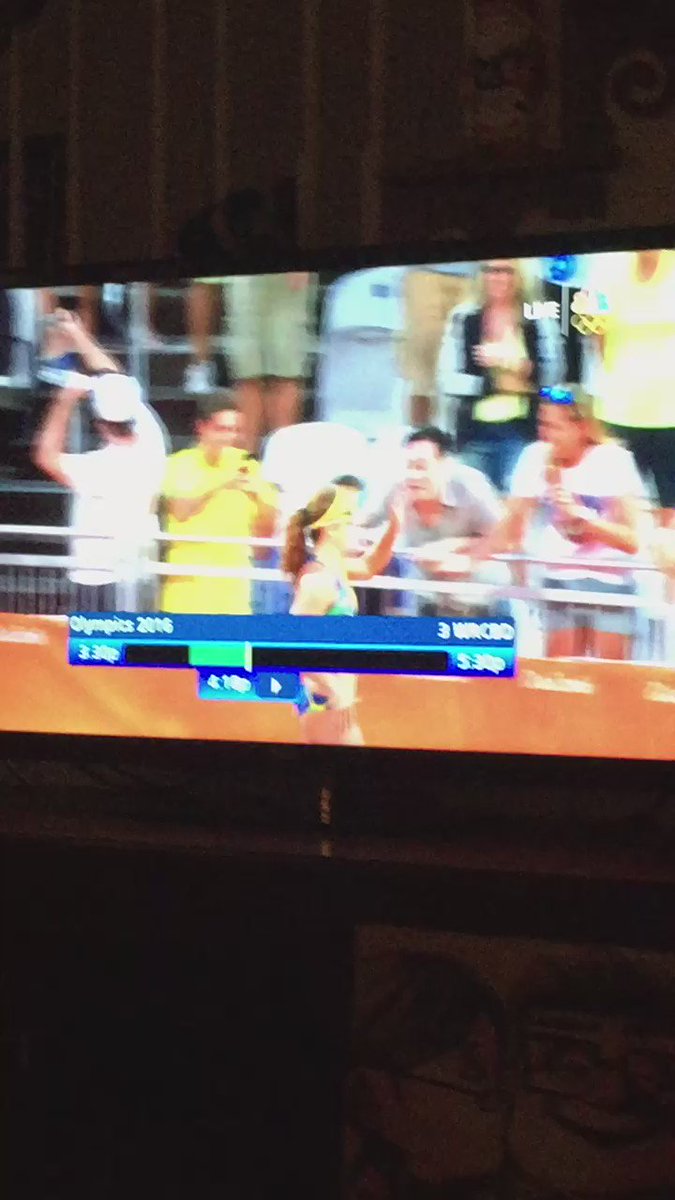 The reaction was swift as Outsports.com was among the first to report the slight. Former NBA player Jason Collins, the first openly gay player in a major U.S. pro sport to come out during his career, was among those who chimed in on Twitter.

I saw this live and was confused when the commentator said “husband”. C’mon @nbc @NBCOlympics @NBCSports#DoBetter

NBC has already been roundly criticized for other statements made during the first few days of the Rio Games.

The network released this statement from Marlowe on Tuesday night: “I’m sorry for the mistake today. Clearly, Liliane is Larissa’s wife.”

Gymnastics announcer Al Trautwig refused to call Simone Biles’ adoptive parents her actual parents. Dan Hicks told viewers that the husband and coach of Hungarian swimmer Katinka Hosszu “the guy responsible” for her success. According to Outsports.com, NBC failed to acknowledge the boyfriend/fiance of British men’s synchronized diving competitor Tom Daley during Monday’s broadcast even as cameras focused in on him in the stands.

Marlowe was an elite volleyball player before he became a broadcaster. He was captain of the U.S. men’s volleyball team when it won gold at the 1984 Summer games.

Marlowe is a longtime broadcaster for the Denver Nuggets and the Rio Games are the seventh Olympic Games he has covered as part of NBC’s broadcast crew.