The presidential election may be only two weeks away, but that didn’t stop Democratic nominee Hillary Clinton from making a surprise appearance at Adele’s Miami concert Tuesday night. And good thing she did ― Adele took a moment between songs to announce her support for Clinton’s campaign.

“I am English, but what happens in America affects me too,” Adele told the audience, according to a Clinton campaign aide. She added: “Don’t vote for him. … I can’t vote, but I am 100 percent for Hillary Clinton. I love her, she’s amazing.”

NBC’s Adam Kuperstein caught the moment Adele told fans not to vote for Republican nominee Donald Trump in the video below: 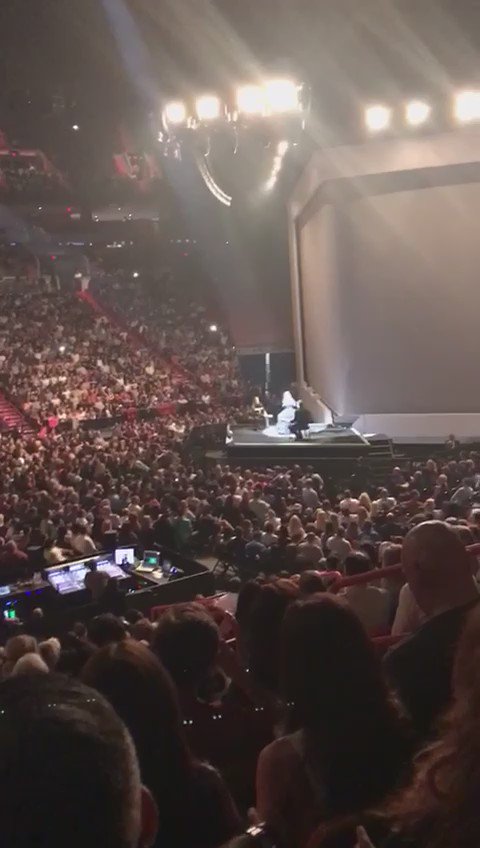 Adele with Hillary Clinton in attendance at Miami concert: “Don’t vote for him!” @AAarena #Adele (via Aaron Resnick)

Unclear if Adele knows HRC is in the audience tonight. If so, she hasn’t mentioned it and HRC has no plans to go on stage, per an aide.

It’s unclear whether Adele knew Clinton was in the audience. Still, the singer likely is aware that the Democratic nominee is a fan.

During a March interview with SiriusXM, Clinton said she was a big Adele fan. “That is my go-to voice, she added.